Wave off the summer with a massive dance party.

London club night Feelings is staging an end-of-summer party to see the season out with a bang.

Taking place September 10, the day-and-night bash will be spread across three London venues: Red Market, Shoreditch and Oval Space. The day party is headed up by Amnesia veteran Alfredo, with sets from Kasra V, Thris Tian and more. The night party will see New York’s Joe Clausell and Chicago house producer Mike Dunn joined by the likes of Mark E and The Menendez Brothers, while Feelings residents and Ransom Note DJs will be spinning tracks until the sun comes up.

Along with a record fair and street food, the party doubles up as the launch for new label Feelings Worldwide. For the first release, the label is putting out an EP of middle-eastern inspired house from Iranian-born London-based producer Kasra V, whose new EP, The Window, drops September 26.

Tickets for the Summer Send-Off are currently available from the Feelings site. 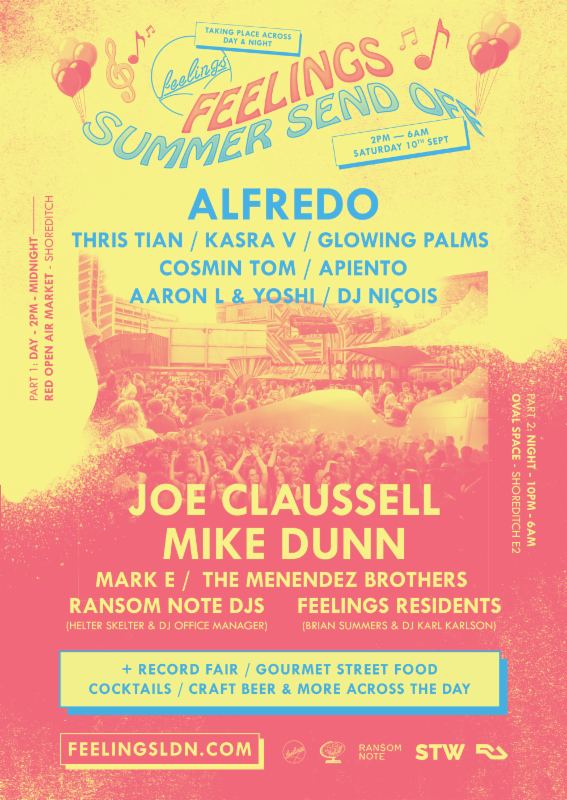