My Woman, not your woman: Angel Olsen on taking control and refusing to be pinned down

Angel Olsen began her career as a mesmerizing young force on the US lo-fi folk scene, but was damned if she was going to stay there. Her new record, My Woman, is an album of the year contender, the work of a 29-year-old whose sound and storytelling are constantly evolving, wheeling through country pop, Hollywood romance and more. Olsen simply can’t be pinned down, discovers April Clare Welsh.

Anyone who’s experienced the mayhem of a sprawling city festival like SXSW will be acutely aware how exhausting it can be. When I saw Angel Olsen perform in 2015, it was 1:30am and I was about to collapse. But on hearing her strike the first chord on her guitar, I knew I could push through the exhaustion. Her cabaret-ready voice cracked and yodeled up and down the octaves as she wrung every drop of emotion from each note. It was a mesmerising mix of vulnerability and strength. When I recount this story to Olsen as we chat in a London hotel, I’m surprised to learn that I wasn’t the only one struggling to stay awake. “I think people thought I was drunk,” she quips. “I was just so so tired.”

Adopted at the age of three, Olsen grew up in the Midwestern stronghold of St. Louis, Missouri. When she turned 20, she moved to Chicago, working in a coffee shop and writing songs in her spare time; soon, she began working with The Cairo Gang’s Emmett Kelly and was invited to join the band. This led to fellow Cairo Gang affiliate Will Oldham (aka Bonnie “Prince” Billy) hearing her debut cassette, 2010’s Strange Cacti, and Olsen ended up singing on a number of his releases, including The Wonder Show of the World and Wolfroy Goes to Town. Oldham later took on an unofficial mentor role.

Olsen recorded Strange Cacti, a rough-hewn journal of lo-fi Americana, and its follow-up, Half Way Home, for Asheville, North Carolina’s Bathetic imprint, before signing with Jagjaguwar in 2013. 2014’s Burn Your Fire For No Witness – the first album she recorded with a full band – was her last full-length, and Olsen wore the pain of heartbreak and misery like a second skin, absorbing her listeners’ own tales of woe. In contrast, her new album, My Woman, treats love and life as a many-splendored thing, often gazing out at a brighter horizon. It is, in a sense, her big screen debut, a glossier, bolder self-narration in surround sound.

Bolstered by an even stronger sense of self, Olsen now carves her songs from real life, rather than from literary scribblings as before. The album is largely defined by what she calls its “plurality of voices”. “I wanted to use my vocal more and sing in the styles that I liked,” she explains. “And in order to do that I had to write different songs to open up this arena of me singing in a certain way.” 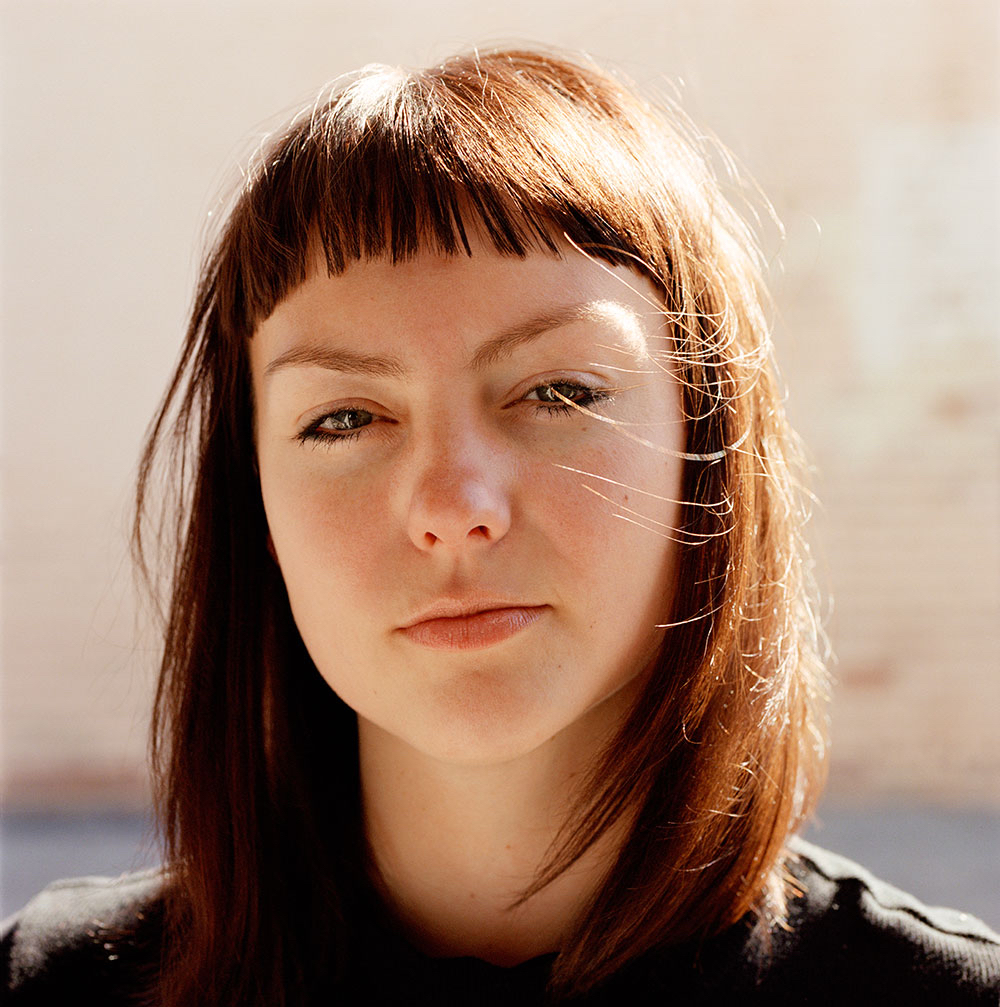 “Of course I am a feminist, but I would also say I’m a humanitarian and I believe that we should all be equal.”

This allows My Woman to explore a more diverse sonic palette, offering a rosy-cheeked romp through late ‘60s country-pop (think The Byrds’ ‘Sweetheart of the Rodeo’), The Shirelles, AOR , Fleetwood Mac, Dolly Parton, Loretta Lynn, The Breeders and Crazy Horse (two tracks tip the seven minute mark). There are echoes of Siouxie Sioux in standout track ‘Not Gonna Kill You’ and sparks of ‘70s glam throughout. It is dripping with Hollywood charm and imbued with movie star confidence – Olsen has shed her folk singer skin, but the grunge-led angst of Burn Your Fire still simmers in the background. She hasn’t completely forgone the quieter moments – ‘Sister’ and reverb-cloaked piano ballad ‘Pops’ for example – but largely, My Woman is unapologetically poppier than previous efforts. This is due in part to Justin Raisen, the producer who added a radio-ready shine to albums by Sky Ferreira, Charli XCX and Santigold.

My Woman is also sequenced like a traditional album, with clearly defined sides. “I wanted to write something that was like a mix or a playlist,” she explains. “On one side, it’s as if you were having an upbeat day and wanted to try something a little hectic. But then, if you feel like things were slowing down and you wanted to be more reflective, then you listen to Side B.” It works.

At the very centre of My Woman, however, is its title and what that means to Olsen. That manifests itself in a number of ways throughout the record and its production. Olsen directed two of the album’s videos, ‘Shut Up And Kiss Me’ and ‘Intern’ and co-directed ‘Sister’. “I just wanted to be more in control of those decisions,” she says. “Me wanting to do that in some ways ties in with the album title.”

“I dare you to understand / What makes me a woman,” she challenges on ‘Woman’, pushing self-analysis to the fore. But Olsen remains self-aware about its most obvious interpretation. “If someone asked me am I a feminist because I wrote an album called My Woman, it’s a little narrow-minded in my opinion,” she assures. “Of course I am a feminist, but I would also say I’m a humanitarian and I believe that we should all be equal.”

Equality is something that Olsen clearly thinks deeply about, and she’s no stranger to sexism. “You gotta play the game like you would play chess and you have to play chess well,” she offers. “My solution – I think there should be more positive discrimination in offices etc, an equal amount of men and women. I’m seeing a lot of women artists coming out and standing up for themselves but we need to see more women on the other side – doing interviews, working for labels and booking agencies.”

On the same track, Olsen looks at the intricacies of love and how that relates to her central theme of agency. “I’m talking a little about my relationship to someone – someone that you love and that you forgive. You forgive them for being old-fashioned and setting limitations upon you,” she explains. “To me, women have to do that every single day – to their parents, to their lovers, people that they work with who they know don’t intend to belittle or categorise them. It’s a theme in the music industry – I’m saying I’m just a woman and I notice these things.”

Soaring, Patsy Cline-esque torch song ‘Sister’, which has nothing to do with actually having a sister, examines another kind of love entirely. “It’s like, sometimes if you have a crush on someone it doesn’t mean that you always need to follow through and be physical with them,” says Olsen. “Maybe you’re attracted to that person because you admire something about them and you need to get to know them. Maybe you should learn to get to know people before you jump to conclusions on who they are because then you’ll be less hurt in the end.”

Despite being notorious for her quivering, staring-down-the-barrel-of-a-gun laments, Olsen still has bags of humour to unload. She is witty in person and often cracks joke on stage. While her on- and off-stage personas vary wildly, she’s brought some of this humour into My Woman, most noticeably on opener ‘Intern’, the album’s first single.

For starters, the track’s accompanying video finds Olsen swapping her characteristic blond locks for a silver glitter wig, emphasizing not only the video’s disco aesthetic but teasing the album’s shift in direction. It was an experiment designed specifically to “fuck with people.” “I have some friends who make synth music and I thought it might be fun to do something sarcastic,” she laughs, while adding that she hasn’t completely ruled out the idea of making a synth-pop EP in the future.

Thematically too, the track is lighter than you’d expect from Olsen – it’s about being obsessed with your phone. “The phone is a theme that comes up on a few songs and I was just going with it – it’s our tool for everything, after all. The meaning of your relationship changes because it becomes about a phone.”

In its musical and thematic diversity, My Woman shows that Angel Olsen cannot be pigeonholed. She’s a daring artist who’s unafraid of pushing boundaries and looking inside herself for the answers to uncomfortable or unfamiliar questions. Variety is the key to her sound. “Not everyone wants to wake up and listen to a Leonard Cohen record all the way through, every single day of their lives,” she explains, jokingly. I couldn’t agree more.