Five years of Music On at Amnesia

Fashions may change as the seasons come and go, but Ibiza is still the beating heart of Europe’s clubbing scene, as anyone who’s actually set foot on the Balearic idyll can tell you. Sure, the foam parties are corny, the drinks are insanely expensive and you can’t move for billboards of baby-faced EDM superstars, but there’s so much more to the White Isle once you take off your sunnies and scratch beneath the surface.

Head to Amnesia on a Friday night and you’ll find Music On, a firm fixture of the island’s techno scene and, with Carl Cox about to bow out after a mighty 15 seasons at Space, also one of its longest-running. Launched by Italian techno titan Marco Carola in 2012, Music On is the kind of night that inspires devotion in clubbers, with fans coming back time and time again to experience Carola’s marathon sets. Famed for his near-monastic commitment to techno, legend has it he listens to over a thousand new tracks a week, combing the ground for fresh selections to make sure his sets sound like no one else’s.

Hailing from Naples, the Italian city famed as a techno hotbed since the early ‘90s, Carola has been visiting Ibiza since 2001, playing regularly at Amnesia’s show-stopping closing parties, among others. In 2012 he was invited to create his own techno empire at Amnesia, an honour previously bestowed on the likes of Cocoon’s Sven Väth, and he founded the night alongside his manager Luca Piccolo – who is in charge of the club’s design and communication with the media – and promoters Ernesto Senatore – who handles promotion – and Roberto Postiglione – who does PR and merchandising – both long-time Ibiza residents; coincidentally, all of them happen to be from Naples, so techno is in the blood. The 5000-capacity venue is one of Ibiza’s longest-running clubs, famed for its sheer size and intensity, and deserving of its reputation as an island destination in its own right.

Music On has welcomed the likes of Green Velvet, Miss Kittin and DJ Sneak to its elevated booth over the last five years, a spread of selectors that’s helped establish Carola as one of the island’s most discerning curators – no small feat in the face of the EDM explosion that’s brought cheesy chart-toppers like Avicii and Martin Garrix to the island. Detroit innovator Stacey Pullen is one of Music On’s regular guest DJs this summer. “Playing Amnesia, especially the Terrace, is heaven for a DJ,” he says. Joey Daniel, a popular figure in the Dutch dance scene, acknowledges that the club’s cosmopolitan vibe fosters the unbeatable atmosphere. “You play for a very mixed international crowd with people from all over the world, who only want to have fun, party as hard as they can and listen to good music,” he says. Italian house DJ Leon, who’s been a resident at Music On since the beginning, agrees, “For me it’s one of the most beautiful places in the world.”

Each of the Music On DJs brings something different to the line-up. Some are Ibiza veterans like Spanish techno legend Paco Osuna, who’s been playing on the island since 1999, and Pullen, whose first set was back in 1996 or 1997 – so long ago he can’t quite remember – with Kevin Saunderson and LTJ Bukem in the small second room at Privilege. Leon has been coming to the island for a decade, while Joey Daniel made his stylish debut only two years ago with an 11-hour set at a Music On after party. “It was a night that I will never forget,” he says on his experience playing Amnesia for the first time. “I started with the radio show at Ibiza Global Radio and then went straight to Amnesia. I opened the Club Room, but after half an hour it was getting crowded already. Before I knew it the room was packed. There was this magical vibe and amazing energy that you only have here in Ibiza. It’s hard to explain in words.”

Playing at Music On is an opportunity to play for a unique crowd, says Pullen. “Ibiza clubbers are from all around the world, so of course it’s different because each clubber puts their own twist on who they are and what they like, so that keeps it fresh and open.” Leon agrees that on the island “the people feel free – it’s very warm and full of energy.”

“In Ibiza people are much more keen to have a good time,” adds Paco. “Because they have gone to the island with the idea of enjoying every moment to the fullest.”

The Music On crew are over halfway through the 2016 season now, with Miss Kittin, Dubfire and Apollonia still to play in the coming weeks. They’ve all settled into the rhythm, but that doesn’t mean they’re blasé about performing for Amnesia’s huge crowds – especially knowing how far those clubbers have come in expectation of a unique experience. “After almost 17 years playing the feeling is not nerves,” says Osuna. “The feeling is trying to surpass yourself and overcome the achievements you’ve had before.”

“Anxiety and anxiousness probably best describes my mood before I play,” says Pullen, who says he listens to “as many tracks as mentally possible without burning out” as his pre-show ritual. “I never get nervous,” adds Daniel, “but I do get extremely excited. The week before the gig I listen to all my promos and try to find as much new music as I can. Then I just go with the flow – you never know how the night will go. I have a nice dinner before, or we do the Music On Radio Show, which I call the pre-Amnesia ritual.”

Music On continues every Friday until September 30, with a closing party featuring Marco Carola, Stacy Pullen, Oxia, Neverdogs and more.

We asked three Music On DJs to reveal the secret weapons that never leave their record crates. 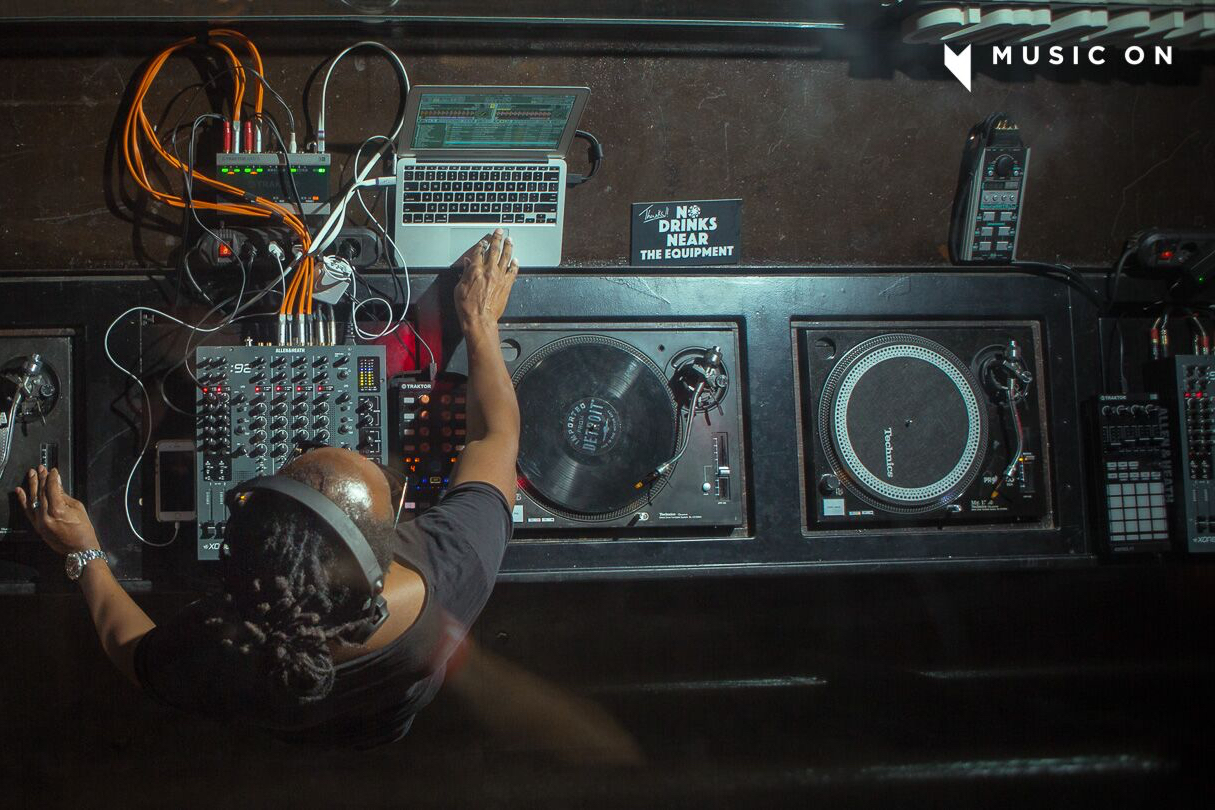 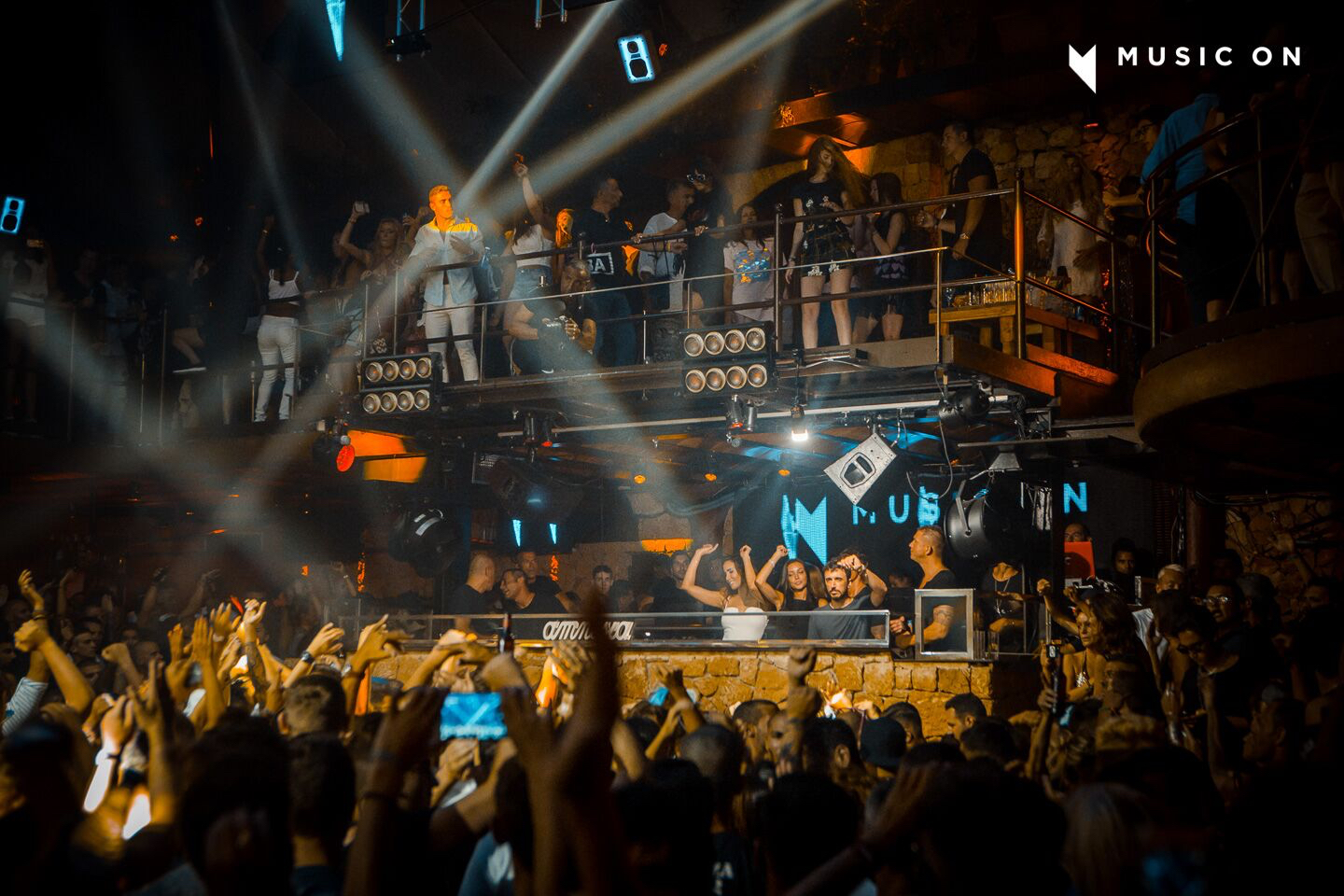 Laurent Garnier
‘The Man with the Red Face’
(F Communications, 2000) 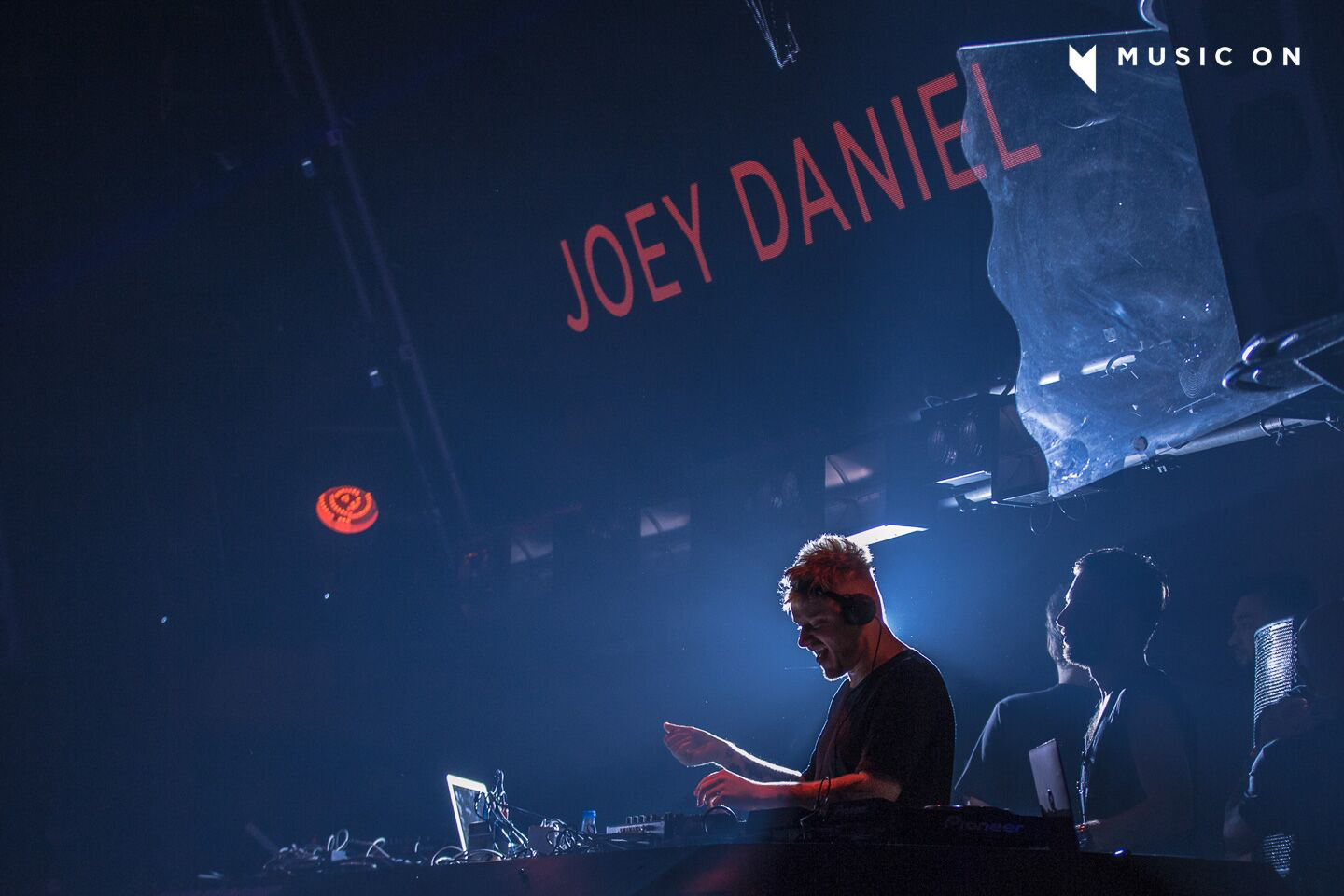