As they do every September, Apple is unveiling changes to their operating system, as well as brand new products. One major thing coming to iPhone 7 is a Mario app. Nintendo icon Shigeru Miyamoto announced a new game called Super Mario Run (plus Mario stickers for iMessage).

Super Mario Run is 2D platform endless runner-style game – Mario runs and you can jump with one tap, with the goal of collecting as many coins (and impressing as many turtles) as possible and reaching the famous flag pole before time runs out. In later levels, Mario will be able to switch directions. It will also feature a battle mode that you can play with other iOS users called Toad Rally. The game is set to be released around the holidays, but not official date or price point has been unveiled yet. 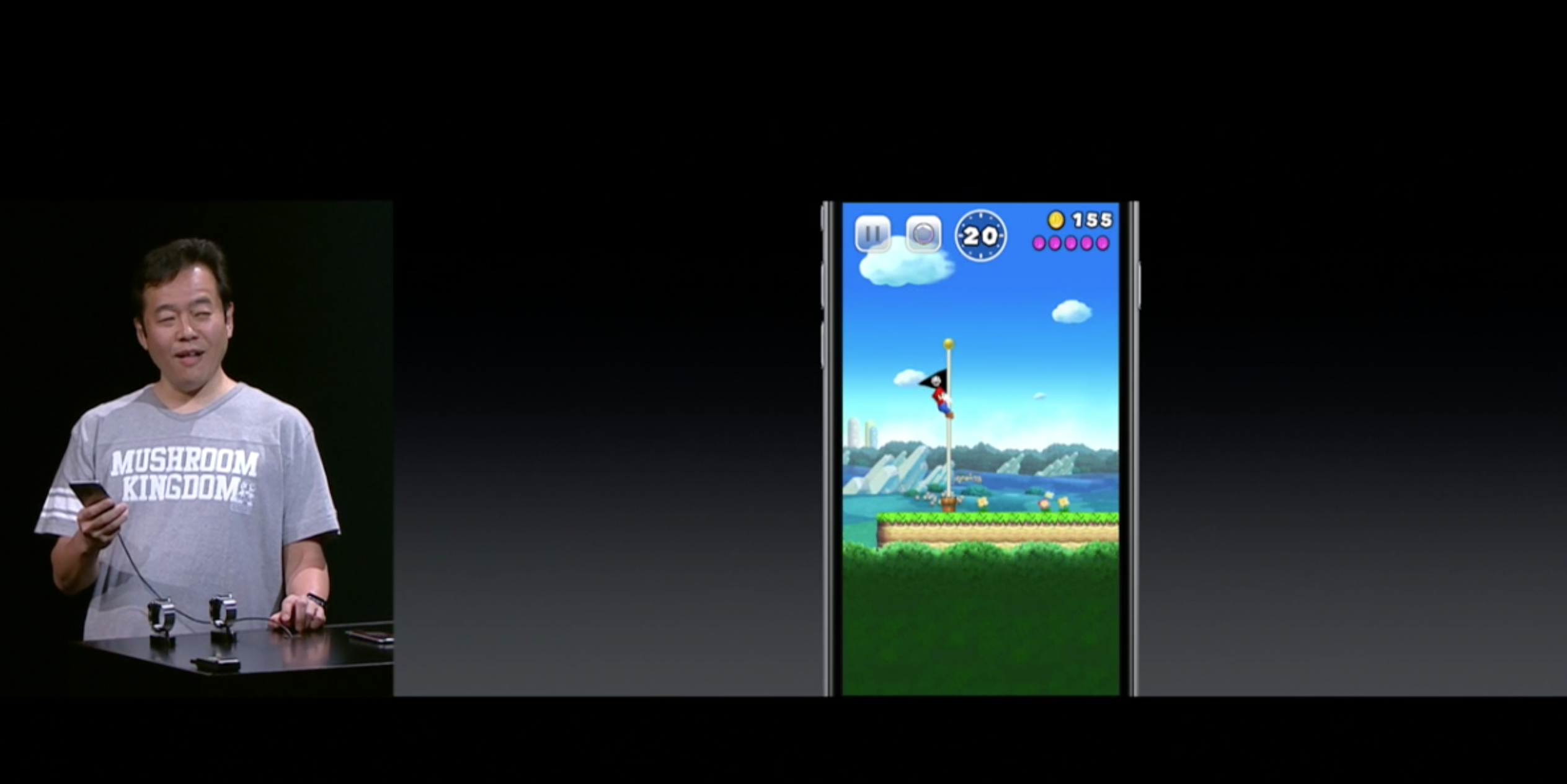 Earlier this year, Nintendo unveiled a miniature console called NES Classic Edition – a reimagined version of the original NES with 30 preloaded games that will be in stores this November. Between this, iPhone 7 and Pokémon Go (which is coming to Apple Watch), Nintendo is more than making up for the lackluster reception of Wii U. Now all the have to do is get the next Super Mario Bros. movie right.

Read next: The five best NES soundtracks of all time