If the Star Wars: The Force Awakens vinyl release earlier this year was all bells and whistles and floating Millennium Falcon holograms, then A New Hope is the ’70s equivalent.

While they might not have been able to etch 3D images into the run-out grooves back then, picture discs were serious currency. To mark (almost) 40 years since the original release, A New Hope will appear on a pair of glorious 12″s, printed with iconic scenes from the film. No doubt the Death Star side is going to look particularly slick on a turntable. 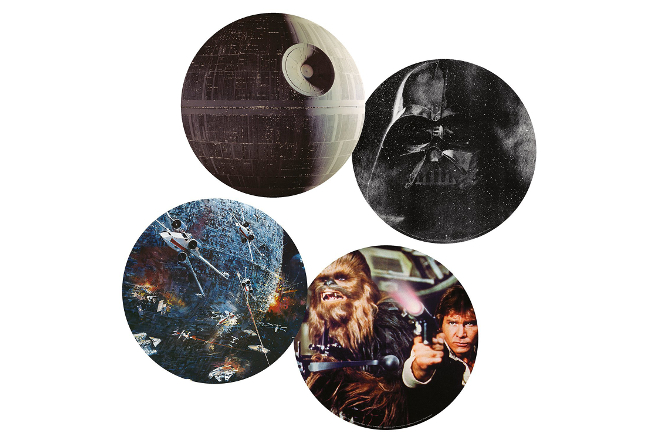 Prepared by annual Star Wars merch event Force Friday, the double vinyl edition comes housed in a clear PVC sleeve, and is due on September 30. Pre-order yours here.

The 2LP set isn’t the first time the original Star Wars score has been reissued on vinyl. Last year, Sony Classical collected the soundtracks from Episodes I-VI on standard vinyl as part of Star Wars: The Ultimate Vinyl Collection.

Read next: Watch the Star Wars theme played on one of the world’s first synthesizers in 1977