In the last few years, New Zealand-born producer Fis has channeled the energy of drum and bass into a strikingly unconventional template. His latest album, From Patterns To Details – which can be streamed in full below – is an unsettling and cinematic collection of lurching drones and knee-trembling low end. John Twells talks to Fis about his sound system roots, his unexpected production process and Maori healing music.

“We share the same Celtic features,” Oliver Peryman, better known as Fis, points out in a measured tone. Peryman and I have communicated plenty of times before, but never face-to-face, and I have to concede that the similarity is striking. As our conversation twists and turns from his startling new album From Patterns To Details to his groundbreaking work with Maori sound healer Rob Thorne, I realize that a coarse red beard and dangerously pale skin isn’t the only thing we have in common.

His earliest Fis releases appeared in 2011 and offered a unique vision of bass-focused electronic music. Records like The Commons – released in 2012 on acclaimed drum and bass imprint Exit – and Duckdive betrayed an interest in squeezing fresh life into the clipped, aggressive sounds of Renegade Hardware and Virus. Peryman did to drum and bass what Burial had done to 2-step a few years earlier, using its sonic signifiers to fashion widescreen soundscapes punctuated by gut-churning bass. As he has progressed, however, the driving percussive backbone that bolstered his early material has become increasingly distant, crushed to dust by crashing waves of white noise and dense, processed drones. Thankfully, even as the music has become more abstract, Peryman has never lost sight of the bass; as someone who used to sell subwoofers for a living, I know this inclination only too well.

Peryman grew up in Sumner, a small seaside town on the coast of New Zealand’s South Island, just outside Christchurch. He developed an interest in electronic music at an early age, avidly listening to bass-heavy electronic music on local student radio station RDU. New Zealand has a reputation for its love of bass – Wellington reggae jam band Fat Freddy’s Drop’s debut album Based On A True Story is the highest-selling album by a national artist in the country’s history – and for a time, Christchurch hosted a number of popular dubstep and jungle nights. “There’s definitely a scene for that kind of smoked out, pretty sedated dub night,” Peryman tells me. “But that also goes along with really heavy drinking. Getting really drunk to heavy dub music – it’s quite funny.”

“The last show I played in New Zealand was in a forest clearing, on a sound system called Eyes Down,” he explains. “These systems are as big as the festival systems I’ve played on in Europe. Minimum eight or 10 18” drivers. These are proper systems.” Peryman has a handful of friends with their own “huge, hand-built rigs”, but the reason behind this is rooted in tragedy. In February 2011, a magnitude 6.3 earthquake hit Christchurch, crippling the city’s infrastructure and killing 185 people. It came mere months after an even larger earthquake had already weakened buildings, and the destruction was enough to cause a migration that knocked Christchurch down from New Zealand’s second most populous city to third. The established club culture was fractured beyond repair. “Since then, it’s been limited to one or two places,” Peryman says. “In that environment you do have to take matters into your own hands.”

The reaction from the local scene was to build their own parties from the ground up. With new construction jobs abundant in the earthquake’s aftermath, many of Peryman’s local friends found themselves with more money in their pockets and a desire to make something happen. “You just naturally acquire those skills and have a bit of spare income as well. It’s an otherwise really boring city with no venues, really.” Soon, there were multiple systems running shows at least every two weeks and this access has informed Peryman’s music significantly. “You get this appetite for intensity of feeling and physicality that’s pretty hard to shake off.” Though he relocated to Berlin in 2015, those formative experiences are still very much front and center of his creative output. 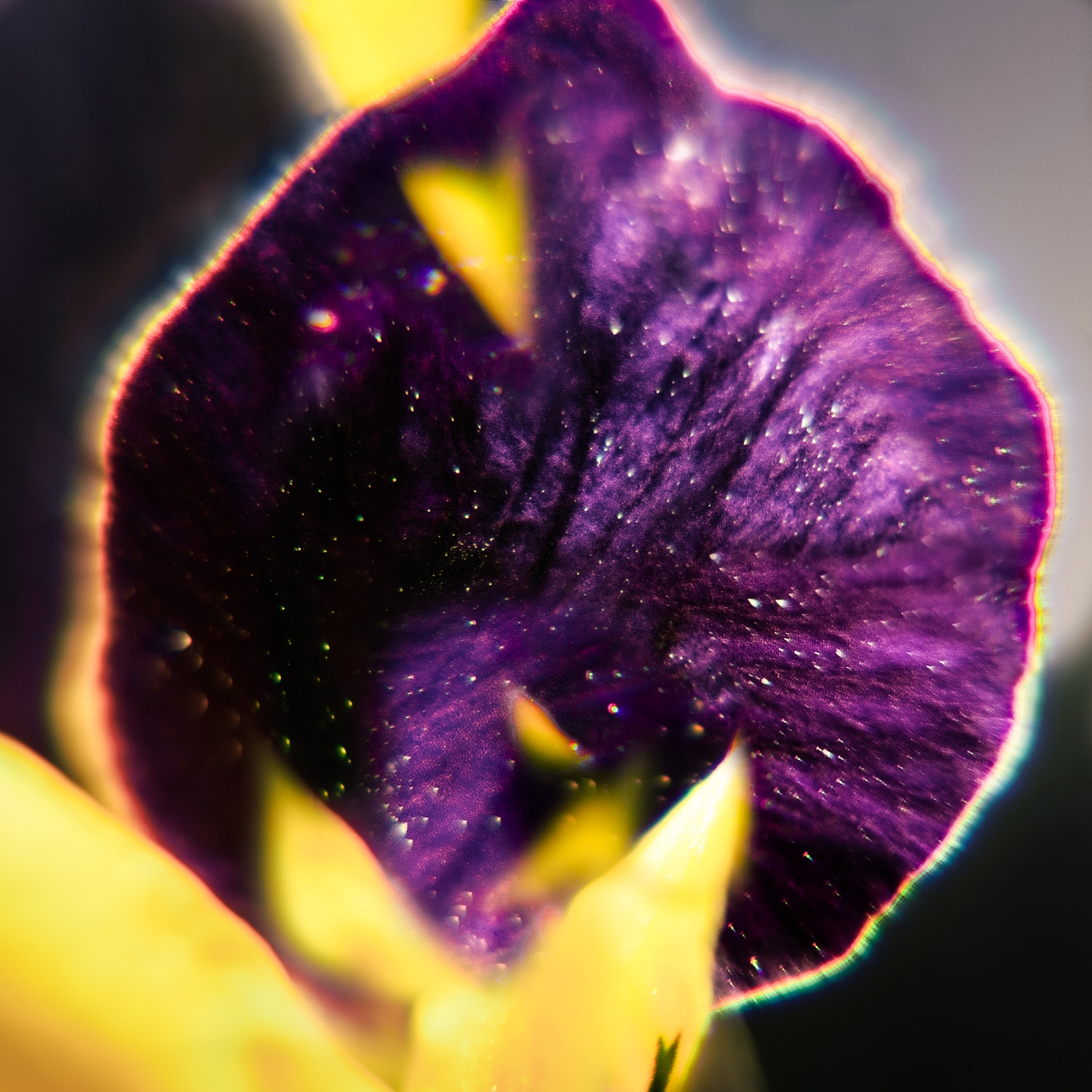 “I don’t really care about cheesiness or taste or anything like that.”

“I learned after my first tour in Europe in 2014 that if you’re making sound system music, you can’t necessarily rely on the venue in this part of the world to have a good system,” he recounts. “So I’ve started stipulating over the last year or so that there must be a good system at the venue. That’s made things more enjoyable – I have a great time every time I play. Usually the people who book me now have got that understanding of the spaces to put my music. It’s the kind of environment where you can have a beer, or not, you can dance, or not, you can kinda just do whatever you want – and the music’s loud. And there’s a focus on respecting the listening experience.”

And while his output could be broadly described as “avant-garde”, he’s unwilling to take the art gallery route. “I’m not hugely hung up on presenting some kind of multi-sensory extravaganza. Not unless there was some kind of point to it. I think sometimes people can really sink into that – and that’s amazing – but I would prefer also to give people room to discover what they can see and generate for themselves visually. And from feedback I’ve had after performances, sometimes that opportunity can be really significant for some people. So that’s nice too.”

“It does make sense,” says Peryman. “Along with the move away from obvious percussive backbones in my music, there’s been a move towards storytelling. Subtext albums recently, from people like Roly Porter and Paul [Jebanasam], that’s sonic storytelling. But still with a sound-system-as-ideal-context intention wrapped around it.” From Patterns To Details certainly slots right into the Subtext catalogue contextually. It’s even more abstract than last year’s knotty The Blue Quicksand Is Going Now, but its fractured, seismic drones and low-end rumbles are blessed with a more confident, narrative quality – not a million miles from Roly Porter’s Life Cycle Of A Massive Star or Paul Jebanasam’s Continuum. As the album lurches into view with ‘Root Collars’, it almost echoes Tim Hecker’s faded, cinematic sense of melancholy, but isn’t meek or restrained. Peryman’s productions push his sound sources to their limits, overdriving the component parts – “synth, some field recordings, samples from anywhere” – until they’re bruised, weathered and impossible to place.

I’m surprised to learn that this weathering process takes place within popular digital audio workstation FL Studio – the same software that rapper Soulja Boy used to write his smash hit ‘Crank Dat’ and producer Young Chop used to create Chief Keef’s breakout single ‘I Don’t Like’. “People often ask, ‘how the hell do you get that kind of outcome from FL Studio with the step sequencer?’ Well,” he says mischievously, “I don’t actually use the step sequencer, that’s how.” Peryman simply uses the software as a pad to scribble out sketches until they grow into something more developed, manipulating a library of “ethical” samples into a thick fog of harmonic noise. “I don’t really care about cheesiness or taste or anything like that. I use a lot of samples in the process, whether they’re my own or from elsewhere.”

His next project will take this method to its natural conclusion. Earlier this year, Peryman was invited to perform at Berlin’s CTM festival and he invited his friend Rob Thorne to collaborate on the set. Thorne, a noted Maori musician and anthropologist, has spent many years researching and mastering traditional Maori instruments known as taonga pūoro. “There’s only been a revival of these instruments in the last 30 to 40 years, because the connection was cut off through colonization,” Peryman tells me. “There’s a huge amount of rediscovery going on and Rob is quite a central figure in that.”

“Some of these instruments, the sub frequencies they are producing by purely organic means – they’re amazing.”

The performance was so successful that the duo are working on an album together with recordings of instruments such as the pūtātara – a trumpet made from a conch shell – and a large wooden wind instrument known as the pūkāea. These instruments have many purposes in Maori culture: for ceremony, as military signals and, most interestingly as, healing tools. Thorne himself works as a sound healer. “Something that really grounds the whole project is the fact that it’s rooted in healing intentions and it has a heartfelt spiritual basis to it,” Peryman points out. “The album may be the first of its kind in terms of the way it’s treating the instruments, the way it’s being presented. It’s not an album that’s being made for cosmetic purposes or as some kind of fashion statement or anything like that.”

But even when diving deep into his country’s rich Maori history, Peryman doesn’t lose sight of his own roots. “Even just from a sound system point of view, some of these instruments, the sub frequencies they are producing by purely organic means – they’re amazing. There’s no speaker cone involved,” he says excitedly. “Once you can bring that into the computer environment as well, and work with that even further, some of the sonic outcomes are pretty incredible. That’s more exciting stuff to play on sound systems.”

From Patterns To Details is out September 23 on Subtext.