The 10 best episodes of Against The Clock so far

As chosen by the FACT team.

Today on FACT we’re celebrating 100 episodes of Against The Clock, our video series that gives artists just 10 minutes to create a track from scratch. After hitting three figures, we can look back on plenty of highlights – but there are still some true standouts? Here are the 10 best episodes so far, as chosen by the FACT team.

As part of the celebration we also challenged beat scene legend Daedelus to step up for our 100th episode, and we’re running down our 10 favorite ATCs so far.

The Philippines-born Stones Throw master took us inside his process for creating his trademark sleepy, slinky sound last summer, inviting us into his LA studio as he weaved a laid-back, Moog-speckled slice of summer lushness.

Nat Fowler’s Berlin studio is a dazzling cave of vintage synths and obsolete Atari ST computers. But i’s what he does with all that gear that truly wows, as he melds raw Chicago house, Belgian new beat and FM synthesis in his impressive ATC.

BBK’s Murkle Man sampled Danny Weed’s ‘Creeper’ for his dark, brassy entry in the ATC series. Before he became the lord of the mic we know him as today, he was a producer, helping lay the blueprint for UK grime. This Against The Clock was a reminder that Jammer’s not lost his touch behind the boards, turning in a murky beat to remember.

Bristol techno don JoeFarr made this club-ready banger for us earlier this year, justifying his reputation as one of the UK’s most exciting producers of hard-as-nails, IDM-infused techno with a track full of acid squelches, old drum machine samples, rusty hi-hats and field recordings.

One drum stick, one sampler, no overdubs – there hadn’t been an episode of Against The Clock like Deantoni Parks’ before he stepped up in December 2015, and there hasn’t been one like it since. Fresh from dropping an album of minimalist, glitching live drum electronic music under the guise Technoself, this ATC saw the FlyLo collaborator build a complicated web of samples, synthesizers and live drums with effortless cool.

Showing off his sharp ear for samples, in just 10 minutes Canadian producer Bwana flipped a Taylor Swift vocal into choppy, Holly Herndon-esque euphoria with his quick-fingered Ableton approach in this ATC. It’s one of the most fully formed compositions we’ve seen from an Against The Clock challenge.

A modular synthesis master at work, nothing more, nothing less.

LA musician Ramona Gonzalez’s sound is one of soft vocals glistening in the dark twilight of some seriously synth-heavy production. Her ATC took us inside that sound, shining a light on the way she creates grooves at her homely studio.

Our most-viewed Against The Clock with half a million views and counting comes from US producer Southside. Watch the 808 Mafia don in action, and you’ll understand why – this is an ATC classic.

“I’ve had multiple fans approach me at gigs asking if I would ever finish the track I started in my Against The Clock,” says Butterz’s Flava D. “Sometimes I wonder if I should finish it and put it out as a freebie.” It’s no wonder the track’s in high demand – the beat created in just 10 minutes here is a fast ride through airy synths and garage euphoria more than worthy of our number one slot. That is, until the next 100…

Tags: Against the Clock 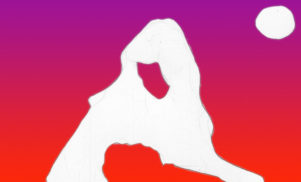 Deep Inside: May 2019’s must-hear house and techno playlist 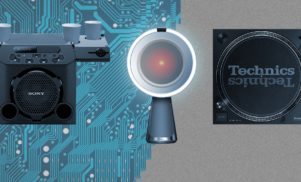 All the weird, innovative and dystopian new audio tech we’ll be using in 2019