Level Up is our new series where we speak to musicians about their favorite video games. Next up, synthesizer maestro Alessandro Cortini tells us about his life in games, from Maniac Mansion and the freedom of the Amiga era to Half-Life 2 and DayZ.

“I am caffeinated and jet lagged, so I apologize for the amount of words that come out of my mouth,” Alessandro Cortini exhales from the Apple Store at Glendale Galleria in Los Angeles. Located in a drab suburban mall, the familiar-looking store doesn’t seem particularly notable, but Cortini knows something I don’t. “This happens to be the first Apple Store ever,” he exclaims. “There are videos where me and a friend are in line, and I’m showing my Apple tattoo to them. Now they use it for training at Apple.”

Cortini moved to LA in the 1990s to study guitar, but was swiftly hypnotized by the flickering lights of the synthesizer. Subsequently, he formed electronic pop act Modwheelmood and played in a slew of local bands, most notably industrial pop superstars Nine Inch Nails. He’s been performing with the band in front of massive audiences since 2005, but has still found time to nurture a series of idiosyncratic solo albums. Most recently, he released Avanti, a deeply personal album that was recorded live using only one synthesizer – the EMS Synthi AKS.

He’s also spent the last few decades nurturing a life-long obsession with video games. “I have a portable console called Pandora – it’s crowdsourced, pretty much the size of an old [Nintendo] DS. It’s a Linux-based machine so it runs every emulator up to the N64.” I barely know what he’s talking about – I was quite proud of myself for following instructions on Reddit and hacking my PlayStation Vita – but Cortini needed a system that was ideal for touring life and offered him the opportunity to re-connect with a slew of childhood favorites. 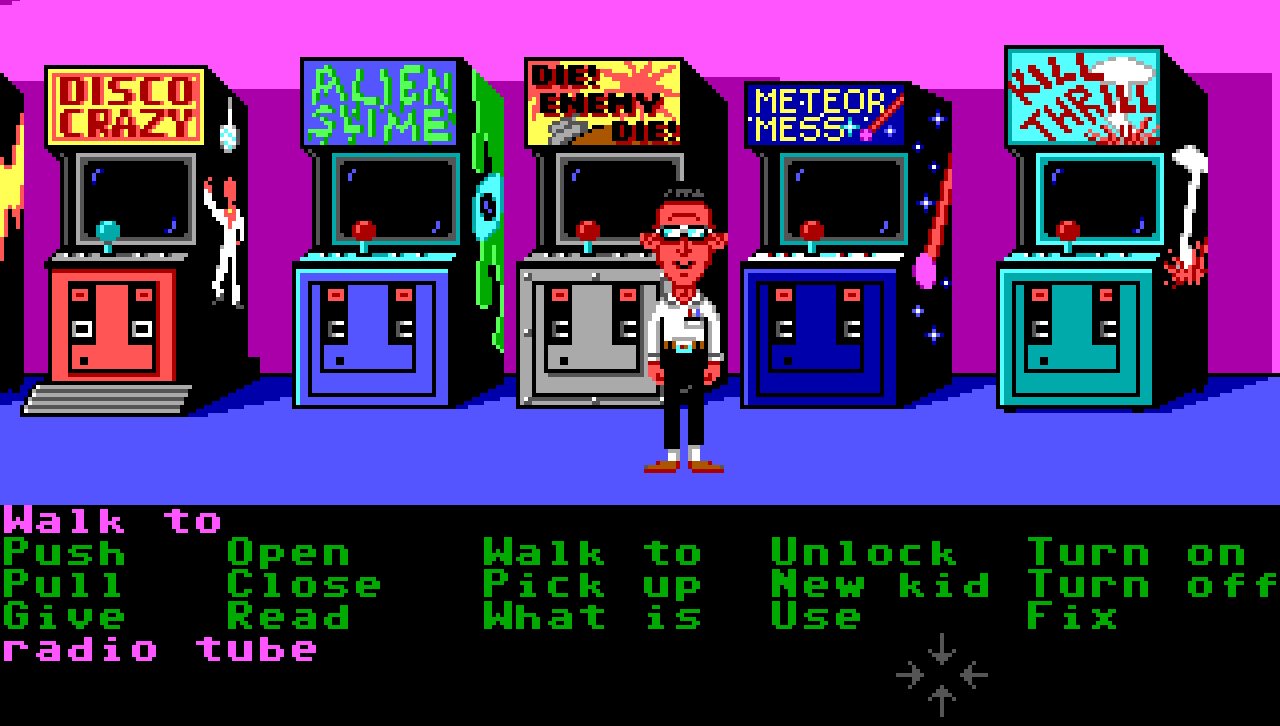 “There were days of trying to figure Maniac Mansion out”

“I started with a Commodore 16 when I was a kid, that was my first computer,” he recalls fondly. “All my friends had Commodore 64s, so that was the next one and that’s where I played one of the games I remember as being the most dear to me, Maniac Mansion.” Created by Ron Gilbert and released in 1987, Maniac Mansion was a game-changer, so to speak. Its innovative point-and-click system was still relatively fresh at the time, but it was the game’s script and sometimes hilarious puzzles that dragged it into the hall of fame. “It wasn’t scary – it was funny; it wasn’t serious – it was just cool,” says Cortini. “There was a good balance between personal exploration – people would probably call it ‘boring parts’ now – and action, where actually there was stuff happening. There were days of trying to figure it out.”

He’s completely right – Cortini is a little older than me, but my memory of point-and-click adventure games is similar. Before the internet, when you got stuck on a puzzle you either had to work it out yourself – which sometimes took weeks – or ask a friend in person, not over text message or email; it sounds almost quaint at this stage. “I bought this old Commodore 64 from an old garage sale and it came with an original copy of Maniac Mansion,” Cortini says excitedly. “So we had a pizza night with a few of my friends when I still lived in LA. We literally played for six hours and then we did something wrong, the house exploded and that was it. And you go, ‘fuck! I’ve got to do it all again. I fucked up.’”

In the fall of 1987, Commodore released the Amiga 500, a personal computer system that felt remarkably like a games console. While it didn’t make much of an impact in the US, it dominated Europe – not only were the games as impressive as those from Sega and Nintendo, but you could copy them inexpensively. “In Italy… I had two or three original games, all the rest were copies,” Cortini admits. “I remember, Saturday afternoon, everyone would go this store called Super Bit, you would buy the blanks and two Euros on top of that would buy the game. Every week there would be new ones, all cracked.” Now, Cortini relives his Amiga memories on his Pandora handheld: “I have all my Amiga games, like Impossible Mission and the super fucked up games like Persian Golf Inferno (it was on an oil platform in the middle of the sea with terrorists on it). Xenon 2 was the reason why I bought the Amiga 500!”

By the time Cortini emigrated to the US, there was another dominant gaming system taking the world by storm. “I did the [Sony] PS1 even when I moved to LA,” he says. “Two games that made me buy the PS1 right off the bat were Resident Evil 2 and Gran Turismo. Resident Evil 2 changed my life. It still does, ‘cause I still play it.” Around this time, Valve’s acclaimed first-person adventure game Half-Life 2 emerged as a progression of the art form, attracting countless well-deserved accolades. It’s Cortini’s favorite game of all time. “It’s a game I’ve literally played on every platform,” he says breathlessly. “The storytelling is like a good book. The dynamics, the mechanics and physics of the vehicles were great.”

“You become jaded now with games,” he continues. “Now it can be hard to get into games because I feel overwhelmed, either because of their size and difficulty, games like Fallout – there’s too much shit to do. But one thing that made me realize I’m not really jaded is the first Oculus. When I put it on, there was a version of Half-Life that you could play for 15 minutes, outside the train at the station at the beginning of the game. And I’m like, ‘holy shit, I’m in it!’ It’s crazy.” 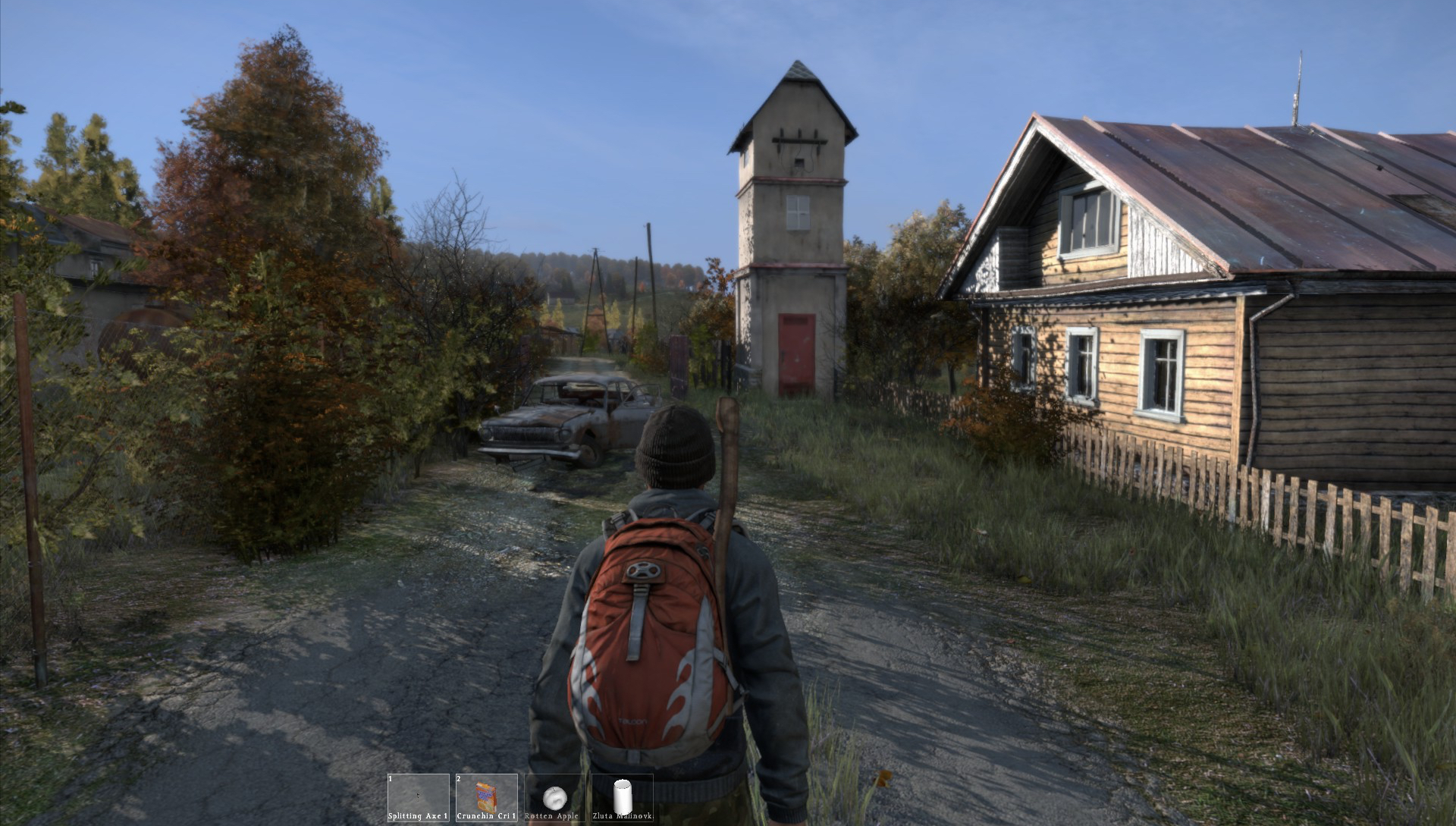 “I love DayZ because there’s not much to do.”

I wonder if there are many games from the current generation that Cortini is as excited about. “Destiny’s really the only thing I’ve been playing,” he admits. “To be honest there’s so much stuff coming out that I don’t relate to. I know I’m jaded and I know I’m the small percentage but I’d rather be playing older games.” But there’s one game he brings up – cult open world survival game DayZ. It started life as a mod for 2009 shooter ARMA 2, but has taken on a life of its own since it was released in 2013. “DayZ is still in alpha,” he laughs. “But I love it because there’s not much to do. It’s a post-zombie world where all you have to do is run around, look for canned food and survive. I kinda like that fact, that most of the game has nothing happening – it’s just you running around in Eastern Europe. People see me with my DayZ shirt like, ‘do you play DayZ?’” He laughs, suddenly recalling the reason why he is even in the Apple Store: he recently replaced his laptop so DayZ would run faster. “It runs 20 frames per second more… so I got an upgrade.”

As our chat concludes in a flurry of vivid, pixelated memories, the topic shifts slightly. “I would LOVE to do soundtracks for games,” Cortini exclaims excitedly. “I’m surprised, to be honest, that no one has reached out yet for doing stuff like that. I’ve been a gamer for so long, it gives me an edge. I think I’d be good at something like a meeting point between action and adventure… like Half-Life.” He pauses for a moment. “I’d do it for free, man.”

John Twells is FACT’s managing editor. He is on Twitter.

Read next: How Hans Zimmer and Benjamin Wallfisch followed up the most influential sci-fi score of all time

More from Level Up

Level Up: Lil B on why video gaming needs a Black Panther moment

Level Up: Princess Nokia on how the video game community unites the freaks and geeks