A companion to the company’s Ants! synth is looking for funding.

According to Plankton, Spice can be used to add everything from “subtle tube warmness” to “extreme fuzz distortion”. The semi-modular design allows it to be used as a standalone device or with CV-enabled gear, such as Eurorack modules. A Eurorack version is also available for fitting into your case.

Spice is the second standalone device from Plankton Electronics after the release of its patchable analog synth Ants!, released in 2017. The company is also behind Eurorack modules such as delay module The Jellyfish, and has also announced three modules inspired by Spice: Nutone, a dual channel VCA and distortion module based on Korg’s Nature vacuum tube; a filter, SpiceVCF; and an envelope follower, ENVF.

Plankton Electronics is looking for £36,000 to fund Spice and potential backers can currently pick up a desktop unit for €566 or a Eurorack version for €534, with DIY and pre-assembled options for the three other Eurorack modules. 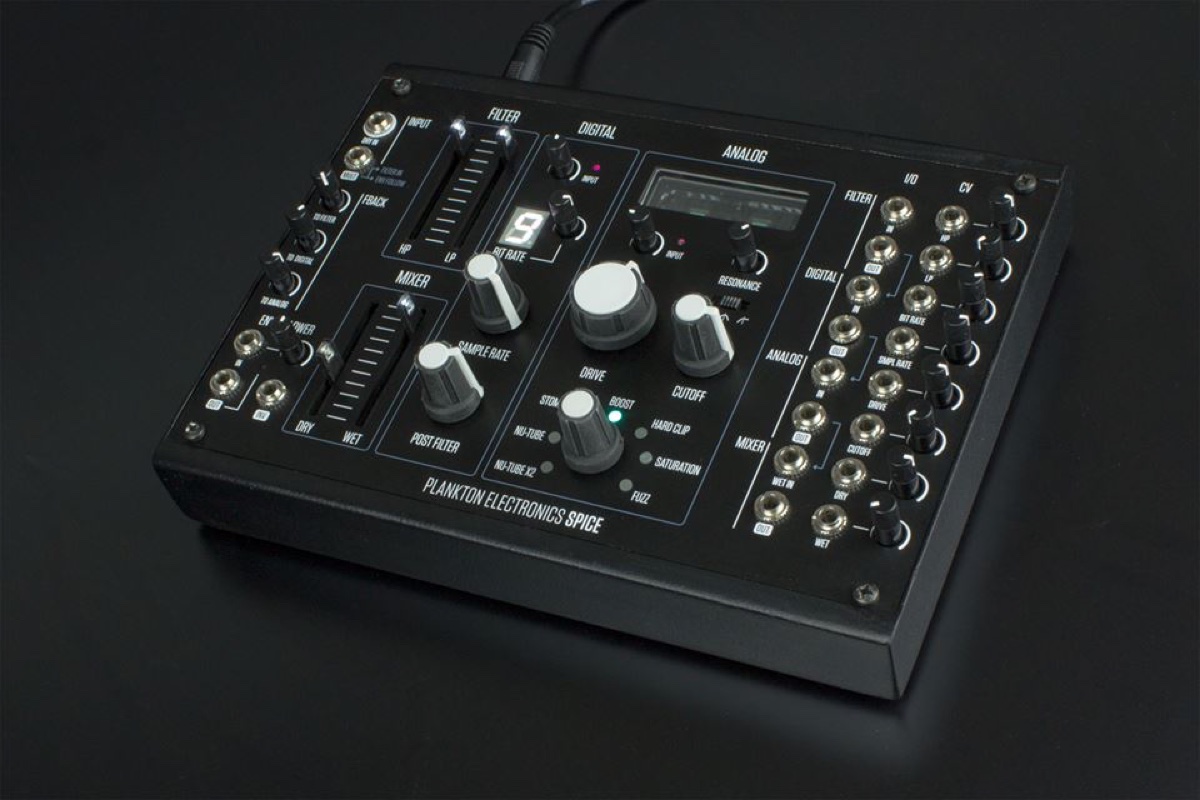 The Kickstarter campaign has until April 5 to reach its target. As with any crowdfunding campaign, caution should be exercised, as products can be subject to delay or cancellation.

Read next: All the synths, controllers and gear we’ll be making music with in 2019