Reason 11, the latest version of Propellerhead’s popular music-making software, will arrive next month with a standalone Reason Rack plugin.

The move will let anyone using Live, Bitwig Studio or Logic Pro X use Reason instruments such as the semi-modular Thor synth, Roland x0x-esque Redrum drum machine and Grain Sample Manipulator in their productions without having to use Reason’s ReWire software.

Reason’s lifelike rack of synths and effects has long been one of the software’s most compelling features, so opening it up more widely is a smart move for the Swedish company, which has also changed its name to Reason Studios.

“We’re changing our name to Reason Studios to clearly express our dedication in delivering the best
experience for all music makers, regardless of where they are in their creative journeys,” said Timothy
Self, Chief Product Officer.

“The world really knows us for Reason. Reason Studios encapsulates our mission of building a platform for all music creators. Reason 11, with its seamless integration into other music production software, truly exemplifies how we want to open up to the world.” 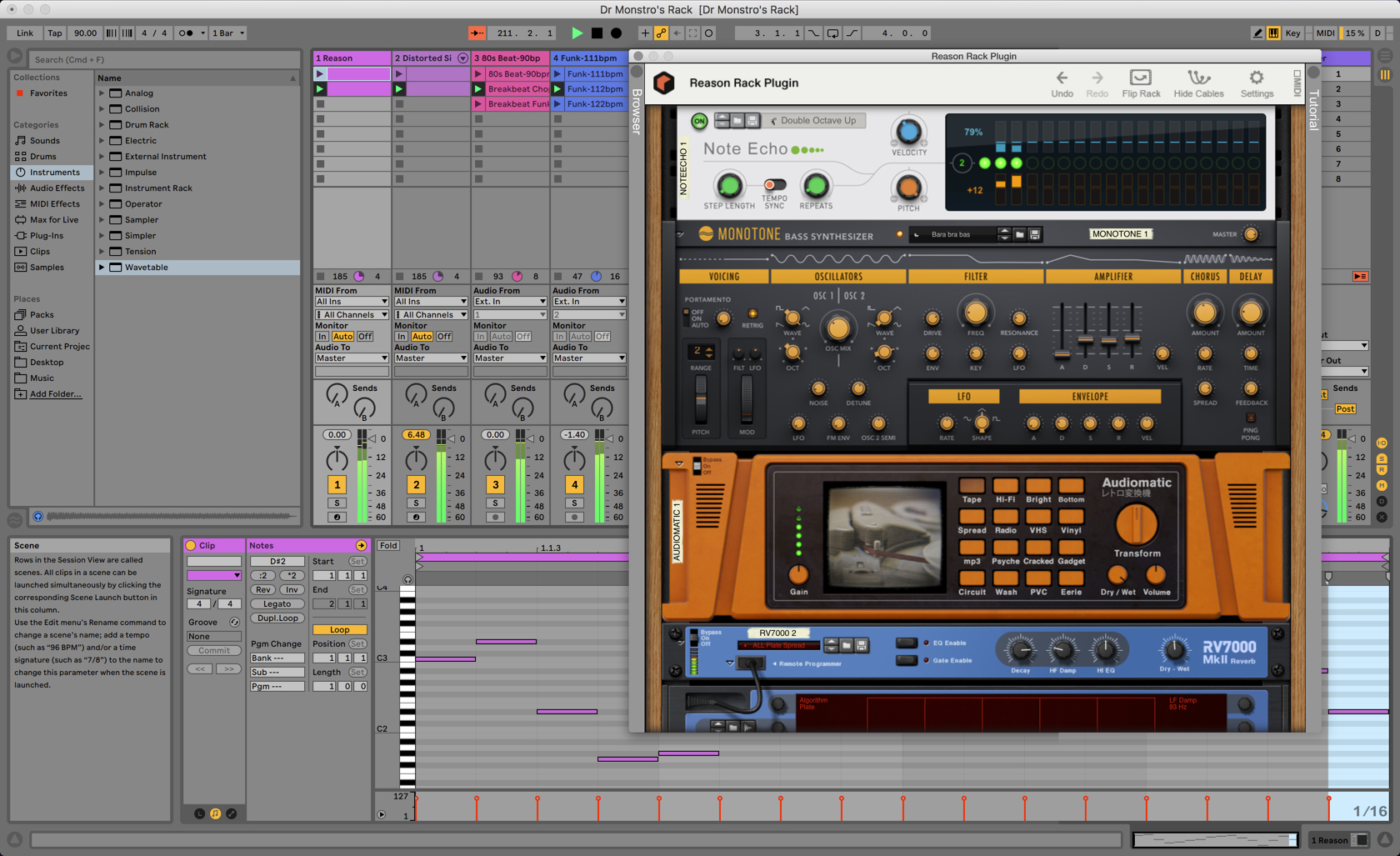 Rack Plugin will be available first as a VST3 device, with an AU version following later this year. Reason 11 will be available in three flavors: Intro (€79), Reason (€349) and Reason Suite (€549). Find out more at the Reason website.

Read next: The 14 pieces of software that shaped modern music