A few months back, Danny Brown teased some details of a forthcoming album uknowhatimsayin¿, the Detroit rapper’s fifth studio record and first since 2016’s Atrocity Exhibition.

WARP has now confirmed that uknowhatimsayin¿ is set to be released on October 4 and will feature production from the iconic likes of A Tribe Called Quest’s Q-Tip, Flying Lotus and JPEGMAFIA. Appearances from Run The Jewels, Obongjayar and Blood Orange are also scattered among the album’s 10 tracks.

Brown is well-known for his ingeniously bizarre lyrical play and explains that this record is “my version of a stand-up comedy album. Most of my close friends now aren’t rappers-they’re comedians and actors. So I wanted to create something that mixed humor with music. Something that was funny but not parody.”

Watch the video for the lead single ‘Dirty Laundry’ below.

uknowhatimsayin¿ is available for preorder here. Check out the album artwork and tracklist below, as well as his upcoming tour dates. 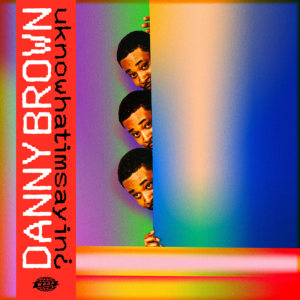