Inspired by a photograph.

In a press release, he describes the LP’s title as “a sort of portmanteau of the amniotic sac and the universe”, and the music itself focuses on fluidity and the idea that life and its many stages exist on a never-ending continuum. Each of its ten tracks is built upon a bit of spoken word performed by his friends, lovers and ex-partners.

Amnioverse was inspired by a photograph of American artist James Turrell’s Twilight Epiphany Skyspace installation, located on the Rice University campus in Houston, TX. “I looked at it every day for three years whilst making this record,” Lapalux says. “People are sitting in what looks like a waiting room lit in a purple hue, looking up at the dark night sky through a rectangular hole in the ceiling. The image has so much depth and means so much to me…. it seems like we are all in that waiting room, waiting to be somewhere or go somewhere. That’s what I tried to encapsulate in this record.”

Amnioverse is out on November 8 via Brainfeeder. Listen to its gripping, atmospheric lead single ‘Earth’ and find the album’s tracklist and Turrell-inspired artwork below. 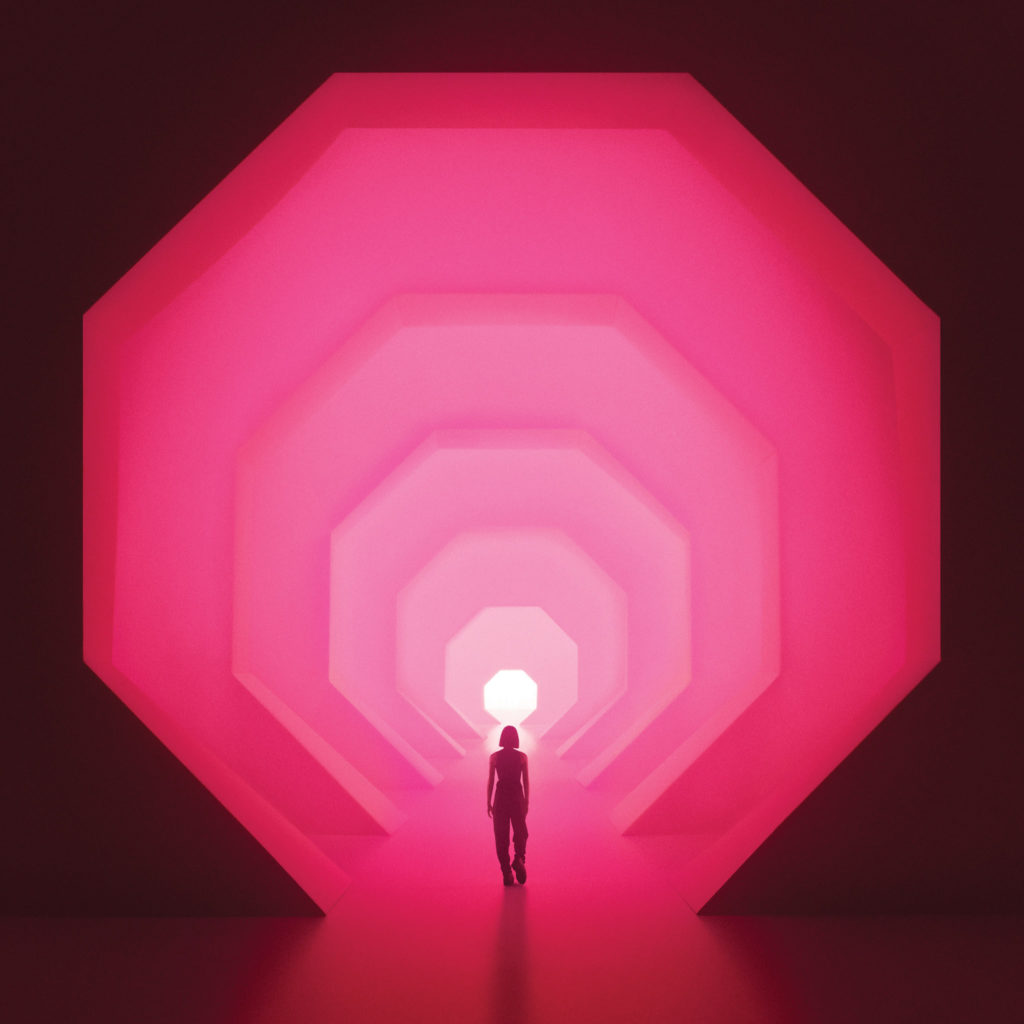 Read next: Lapalux journeys into the afterlife on ambient cassette ABOVE_BETWEEN_BELOW