The immersive LP delves ever deeper into XKatedral’s passion for harmonic structures, conceptual minimalism and generative processes as it, in the label’s words, explores individual tones’ timbral quality and exact tuning as well as larger scale formative patterning.

“Employing the medieval principles of isometricity and just intonation, Cagean aleatorics and advanced real-time sound synthesis, Granström gives rise to a rare form of stability, a sense of multifaceted uniformity, in harmony and in structure”. Listen to the huge ‘Waning Moon’ below.

A distant color, secluded will be released this Thursday, November 14 on vinyl and digital formats. Pre-order it here and see the artwork and tracklist below. 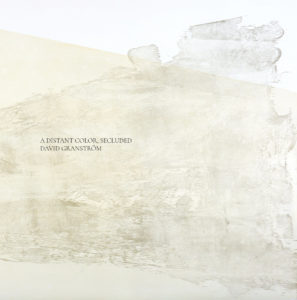